Pirmin is a geospatial software developer since more than 15 years. He has contributed to GDAL, QGIS, T-Rex and several other projects. Pirmin is co-founder of Sourcepole, a Swiss company providing GIS services and solutions. 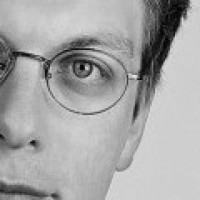 Rust is one of the emerging new programming languages which is well suited for geospatial applications and especially libraries. It was originally developed by Mozilla as a long-term replacement for C++. It's a modern language with excellent tooling and Stack Overflow's most loved language for four years in a row.
This talk gives an introduction into Rust and an overview of the current state of geospatial libraries and applications.

This talk explains how this works behind the scenes (hint: HTTP GET range requests) and what this means for efficient use of these formats.

When it comes to 3D graphics, computer games have been the technical leaders for decades. The game engines behind it have only recently been discovered by GIS manufacturers. This talk introduces game engines in general and the leading open source game engine Godot in detail. It also shows the status of integrating GIS data, which will play an increasingly important role in the age of AR and VR.

Mapbox Vector Tiles are in heavy use since about 5 years now and still one new tile server implementation gets announced every year at least. This talk shows an up-to-date overview of the available technologies and their use.

State of the Art
Córdoba