Gérald FENOY is the CEO and founder of GeoLabs. He is a Charter member of OSGeo, the founder and PSC Chair of the ZOO-Project, and a developper of the MapMint SDI, and its associated MapMint4ME Android application to record data on the field. 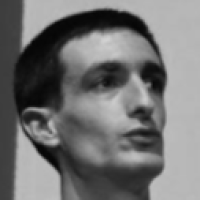 ZOO-Project is a Web Processing Service (WPS) platform implemented as an Open Source project following the OGC standards. It was released under an MIT X-11 style license and is currently in incubation at OSGeo. It provides a WPS compliant developer-friendly framework easing the creation and chaining of WPS Web services. This presentation gives a brief overview of the platform and summarizes new capabilities and enhancements available in the new version. A brief summary of the Open Source project history with its direct link with FOSS4G will be presented. The new release comes up with a brand new OGC API - Processes (OAPI-P) support. The new functionalities available in the latest release will be presented and described, further highlight their interests for application developers and users. Various use of OSGeo software and others, such as GDAL, GEOS, PostGIS, pgRouting, GRASS, OTB, SAGA-GIS, as WPS or OAPI-P services through the ZOO-Project will be presented. Then, the ongoing developments and future innovations will be explored.

MapMint is a comprehensive task manager for publishing web mapping applications. It is a robust open-source geospatial platform allowing the user to organize, edit, process and publish spatial data to the Internet. MapMint includes a complete administration tool for MapServer and simple user interfaces to create Mapfiles visually. MapMint is based on the extensive use of OGC standards and automates WMS, WFS, WMT-S, and WPS. All the MapMint functions run through WPS requests calling general or geospatial web services vector and raster operations, Mapfiles creation, spatial analysis and queries, and much more. MapMint server-side is build on top of ZOO-Project, MapServer, GDAL, and numerous WPS services written in C, Python, and JavaScript. MapMint client-side is based on OpenLayers and Jquery and provides user-friendly tools to create, publish and view maps. In this presentation, MapMint architecture and main features will be presented, and its modules: Dashboard, Distiller, Manager, and Publisher described with an emphasis on the OGC standards and OSGeo softwares they are using. Some case studies and examples will finally illustrate some of the MapMint functionalities.