Celia, known as Vicky, is an Economist by accident, a Computer Scientist by choice and OSGeo charter member because she cares about Open Source for Geo-spacial.

Self defined as workaholic, she started participating as a translator in pgRouting in 2013 becoming the main developer in 2015. In that same year she officially became a member of the OSGeo community as a Charter Member.

Her participation, on OSGeo community boosted since that time, she now is a member of: the Project Steering Committee of OSGeoLive, also of the System Administration Committee, Code of Conduct Committee, mentor of the GSoC and GCI programs, speaker on several FOSS4G conferences and member of the board of the OSGeo Foundation since december 2019. 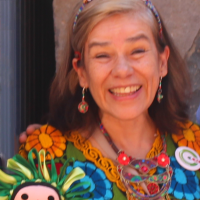 09-29
11:00
30min
Graph algorithms on the database with pgRouting
Vicky Vergara

What are the alternatives when a road is closed?

You didn't find a path, because your graph is disconnected and you didn't know?

pgRouting is more than finding the Shortest Path on the database.
We provide graph algorithms that can solve those questions and more!